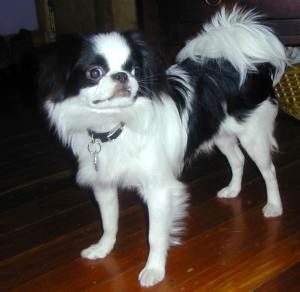 This small dog is originally from Japan and it is being said that even from antiquity Japanese people have been having a big passion for small dogs. The Japanese Chin dog was created by crossing the small Tibetan spaniel with the Pekinese dog. In Japan , after severe and attentive selections, it was obtained extremely small specimens, which could easily be hidden in the kimono’s sleeves. This dog is between 27-30 centimeters tall and weighs 2-6 kg. Japanese Chin dog training is focused only on the accompany methods which will make the dog behave normally in the society and at home. These dogs show intelligence, devotion, briskness, elegance and fidelity towards its master. Being such cute dogs, it is really nice and fun to have a Japanese Chin dog training program every day.

How to train a Japanese Chin dog in Austin

SIT – training Japanese Chin dogs the sitting position and the other basic commands will require that you use the dog collar and the dog leash placed on your dog’s neck. Pull up the dog leash and push down the dog on its back until it sits, this is the way that you need to make your dog sit for the first times. If you can’t succeed in doing that, the next step is to take a grip of the leash firmly and pull it upward. Encourage your dog using praising words so that it will get more cooperative for future exercises.

STAY – the next step is to teach your Japanese Chin dog the stay command. First have your dog sit and then ask it to stay while you are in front of it with the leash above its head. After the dog gets used to the command try to distract its attention with a toy until the distraction disappears and you get prompt responses from the dog.

LIE DOWN – teach your Japanese Chin dog the lie down command by pushing down its shoulder blades with your hand or by pulling the dog leash crisscross towards the dog’s back until it is in the position. Japanese Chin dog training techniques use the positive reinforcement in order to improve the dog’s self confidence.

STAND -when you want to teach your Japanese Chin dog the stand position hold the dog collar and give the command while you haul on the collar forward. When the dog is in the position keep it there for about 20 seconds and then let it move. Work on the command afterwards until the dog will be able to associate the verbal command with the position.