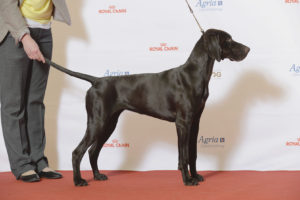 Any of these Vorstehs are pointer dogs, being a very practical breed of dog, having lots of energy.

How to Train the Vorsteh in Austin

If you have any of the above-mentioned types of Vorsteh, consider the followings before you start the training. The Vorsteh is highly intelligent and will give immediate response. The crate training or the leash training will be learnt in no time.

Even commands like Sit, Run, Stay or Fetch will be assimilated by your dog in a short period of time. However, use verbal praise for best results in Vorsteh dog training.

The shyness of this dog will create some problems while training, so try to start the training as early as possible to avoid any unwanted consequences of this. Try to socialize your dog with other dogs and animals.

Remember that the Vorsteh is a vigilant dog and will react to any noise or movement.

Don’t forget to include plenty of exercise in the Vorsteh dog training program. It is a hunting dog and likes to run and jump, so it will be unhappy in an apartment.